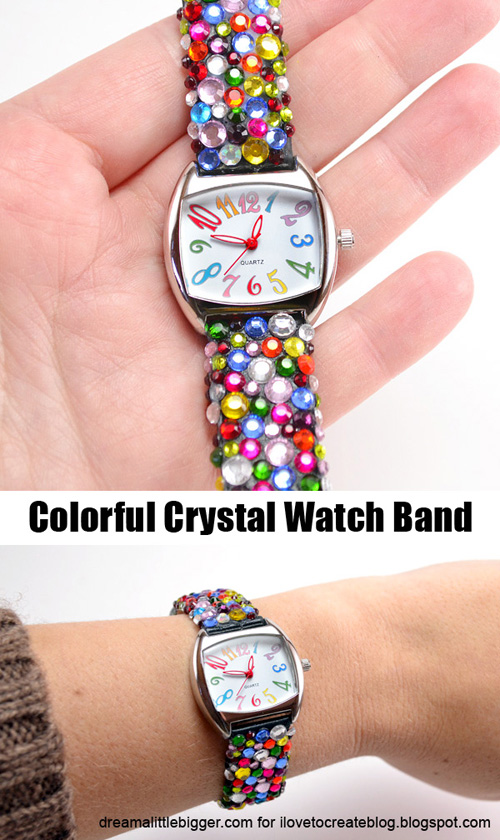 I have a jumbo thing for watches. They're functional so I can wear them any time and there is something comforting about the way they wrap around my wrist. So I thought a personalized, crystallized watch band would make an amazing gift.

Unfortunately I've decided to gift myself with this one because I LOVE it! Oops! 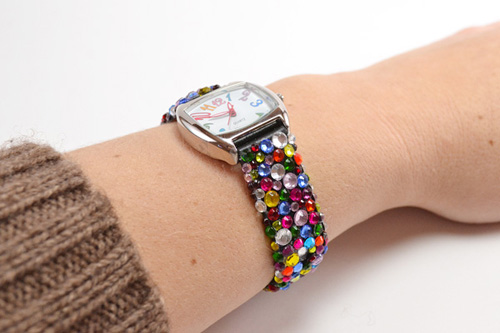 For this project you will need: 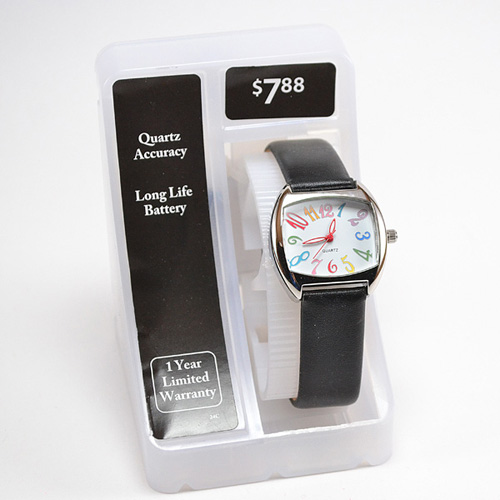 Grab yourself a watch from just about anywhere. This one was less than $8 at Wal-Mart and, most importantly, had a multi-colored face I was looking for. Why? 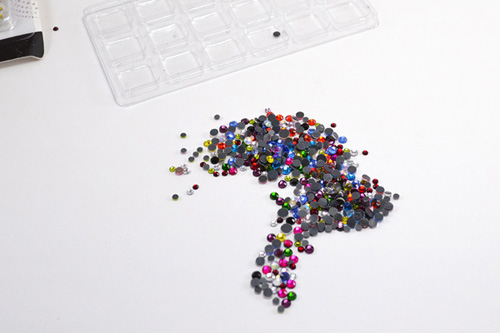 Because I thought up this whole project just because one of my divided by color crystal sets went crazy on me. I didn't put the lid on tightly enough and then next time I went in there I had this. Every color under the sun all mixed up. 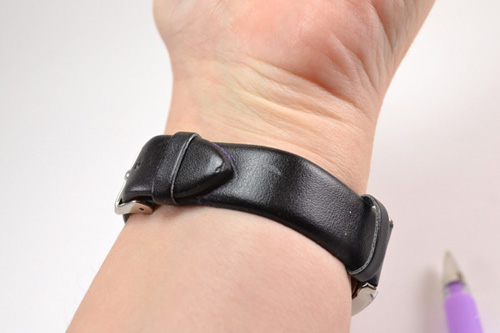 Before you begin you'll need to have an idea of where to end the crystals so that the buckle will still work. I used a gel marker to mark around the edge of the side with the holes. 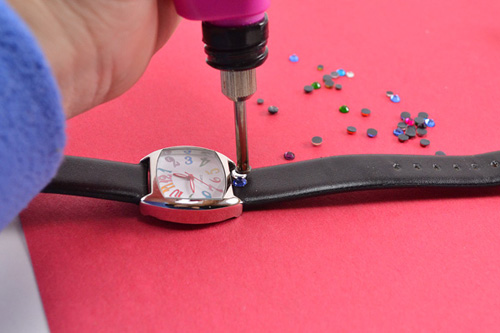 I have found that whenever I don't have to use an adhesive, that's the way I generally prefer to go with my heat set crystals. As such, for the majority of this watch I used the heat setter to attach them to the band. 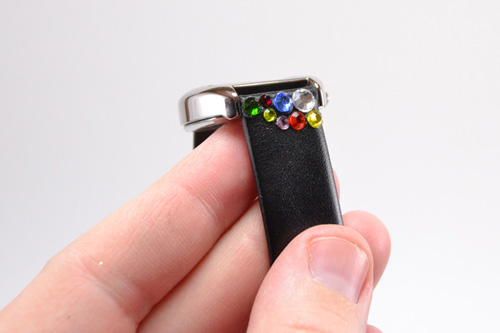 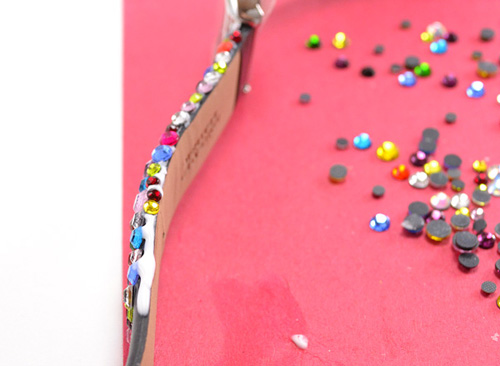 At first I had decided to keep the sides of the watch clear, but they looked so sad and lonely without any fancy friends... So I grabbed the glue and got after it. Now this was totally an afterthought. I used Fast Dry Tacky Glue which is fab, but I should have used something a bit more industrial strength. 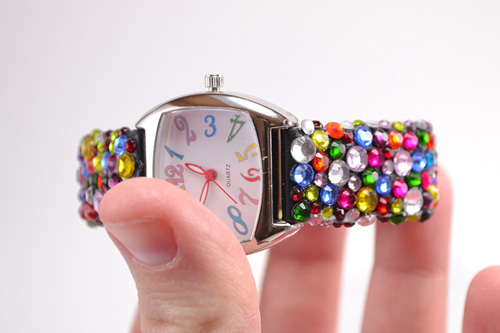 Gently bend the watch into the round shape achieved when worn on the wrist.The glue will make some sounds and crackle a bit but the crystals should remain firmly in place. 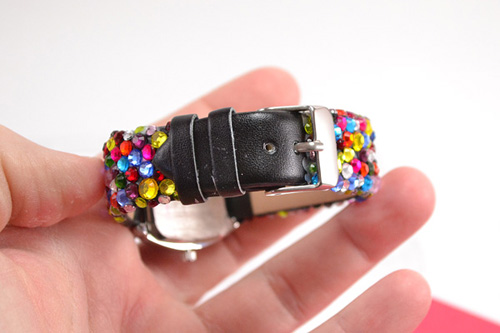 To be honest, I went right up to the point where the buckle came together and that was a bit too tight of a fit to properly work the buckle (which is why I am wearing it on a further out hole than is normally comfortable for me. Measure out and mark like I showed you, but give some leeway around those marks to make sure the buckle is still easy to use. 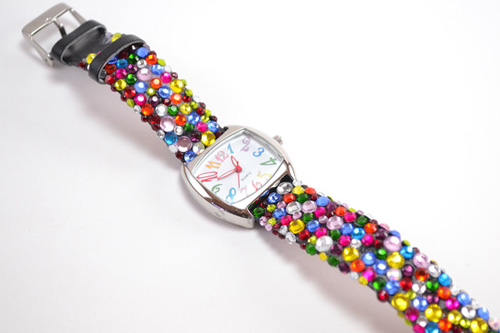 Look at that!? Isn't it crazy awesome. I mean crazy in the sense that it is so colorful and most people would prefer a monotone crystal, but for me, it's just perfect!

The watch face is large, but when you look at the watch from the side, you can really, really see all of my awesome crystal action. 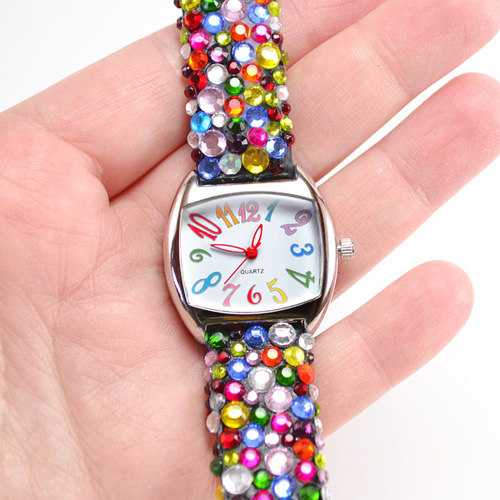 And with the colorful face, everything just fits perfectly! If you love mine then I hope you'll make your own. And tell me, what color would your crystal watch be?
If you loved this post, please visit me at my blog Dream a Little Bigger for more DIY and crafts!

I'm a crafty cat lady with big dreams and an inability to sit still. I make it, I live it, I love it. P.S. am a hardcore glitter enthusiast.